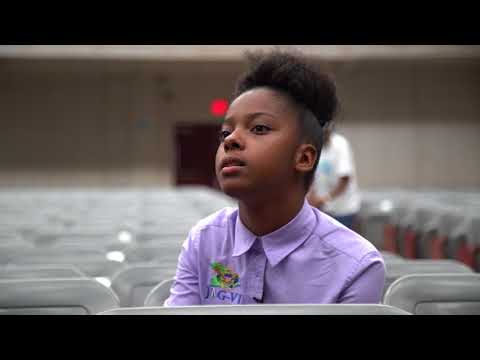 
Watch the trailer for "The Unbreakable Virgin Islanders", the second and most personal film from Peter Bailey's highly-anticipated Paradise Discovered series capturing the voices of hurricane survivors throughout the Caribbean.

Based on the New York Times' Op Ed Bailey wrote while repairing the roof to his family home, the award-winning author and journalist brings to life the days between September 6 - September 20th when both category 5 hurricanes Irma and Maria made landfall in native St. Thomas, Virgin Islands.

Unbreakable depicts the heroism and resilience of residents of the tiny US territory who weathered what historians have called the storms of the century.

View the trailer below:

As the multi-media company of the future, NiteCap produces content geared towards creating clarity. After an award-winning career writing for Time, Newsweek, The Miami Herald and penning “Magic City: Trials of a Native Son” which The New York Times praised as one of the “pop music gems of 2010” founder Peter Bailey created his critically-acclaimed digital “NiteCap” documentary conversation series which showcased positive introspection discussions with newsmakers like never before.

The live interactive format of the hit series, “NiteCap Live”, connecting newsmakers with high school students in an educational yet entertaining format is credited by educators with improving overall student achievement. Now the film series, “Paradise Discovered”, will capture the voices of those in the Caribbean ravaged by the storms to create an oral history of the world’s most enchanting region.